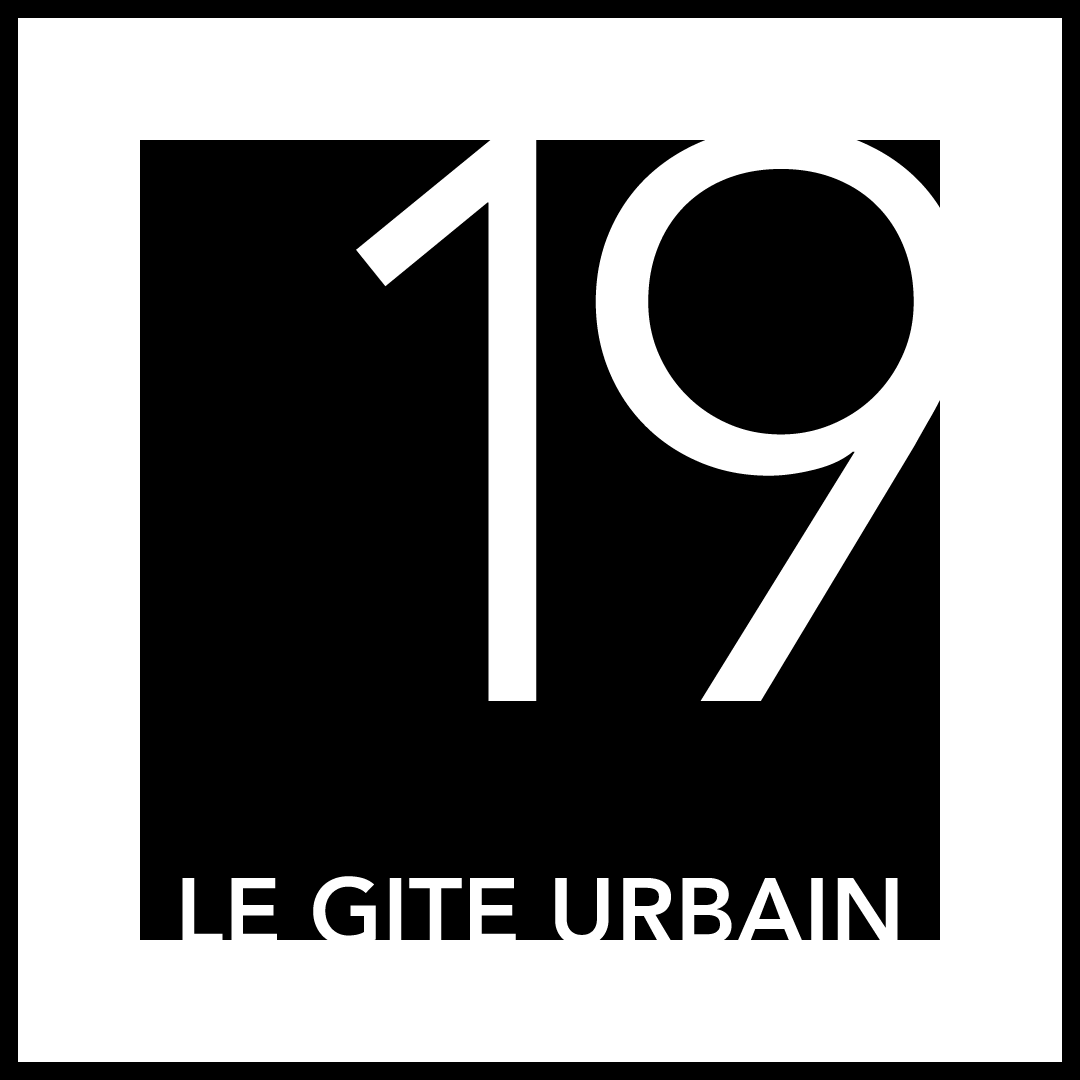 This suite is named after the wife of the architect who designed this house
and grandmother of Annabel.. 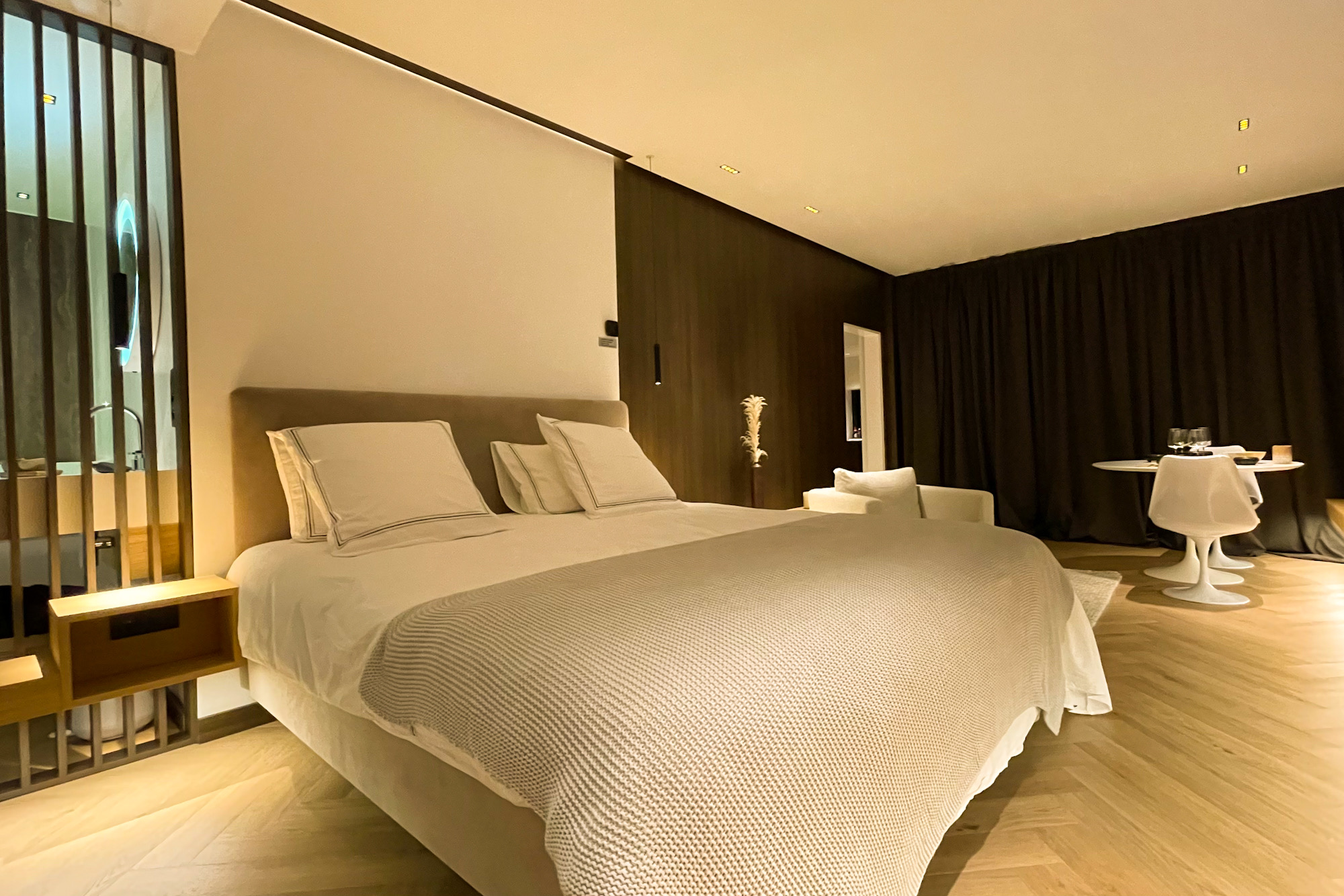 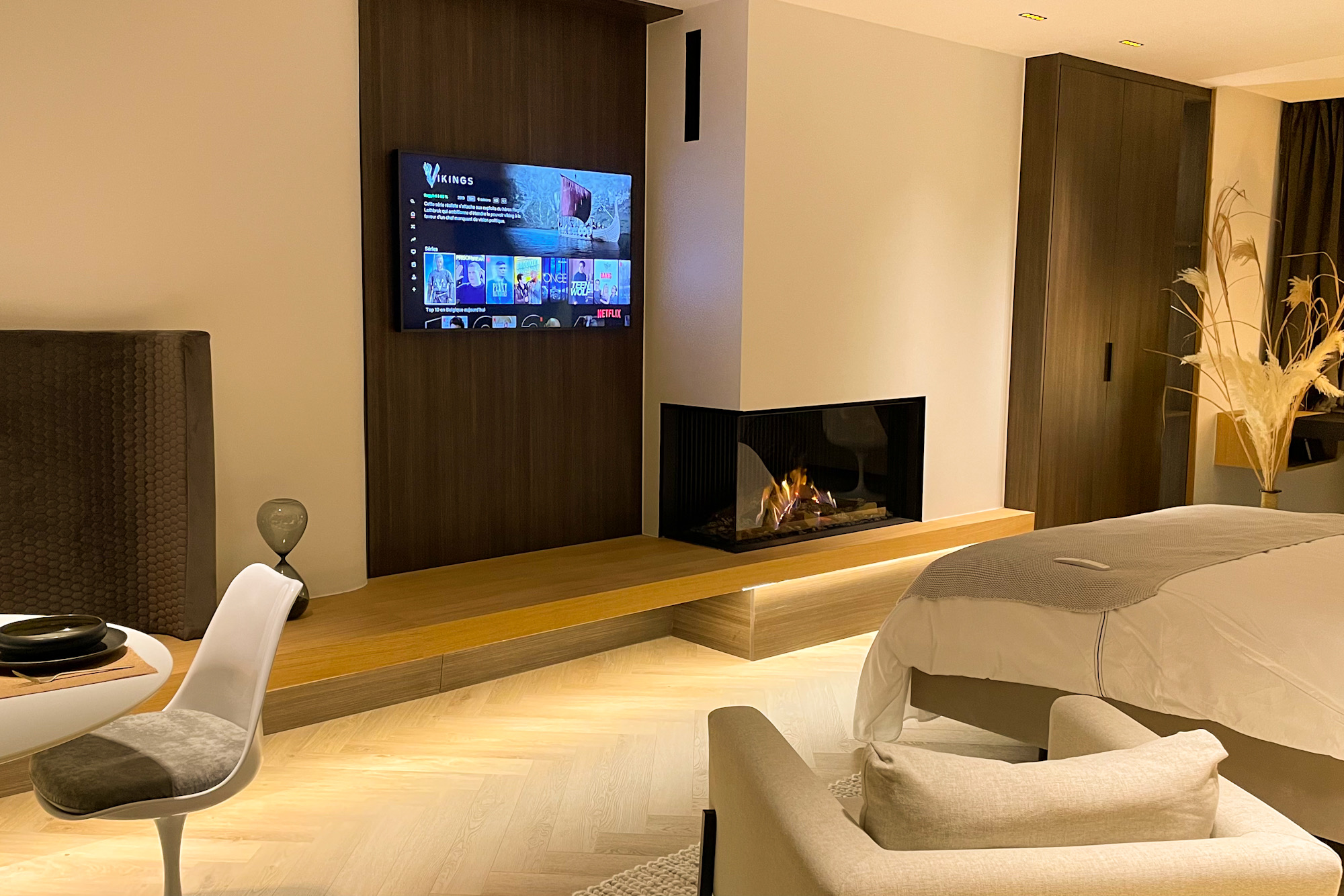 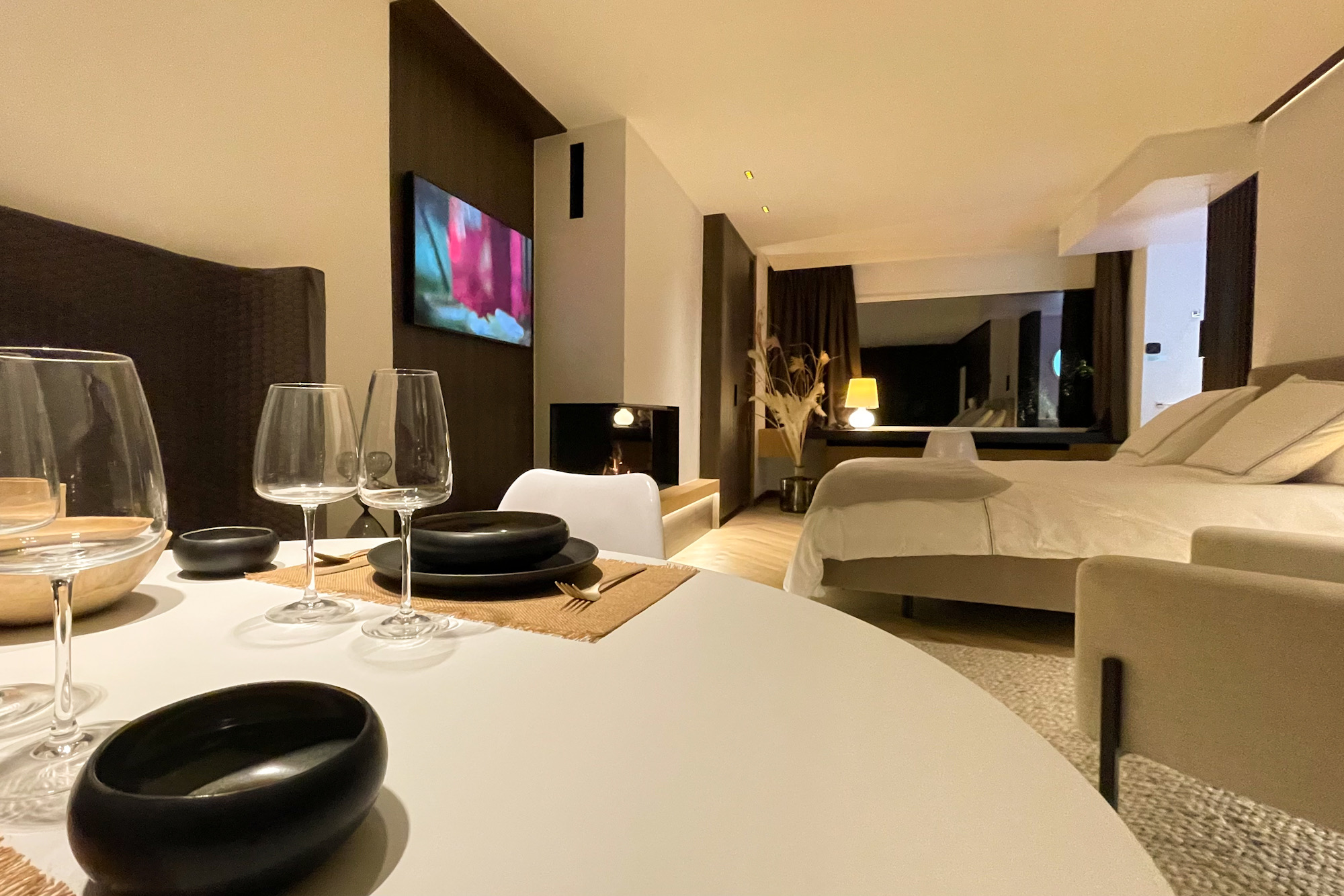 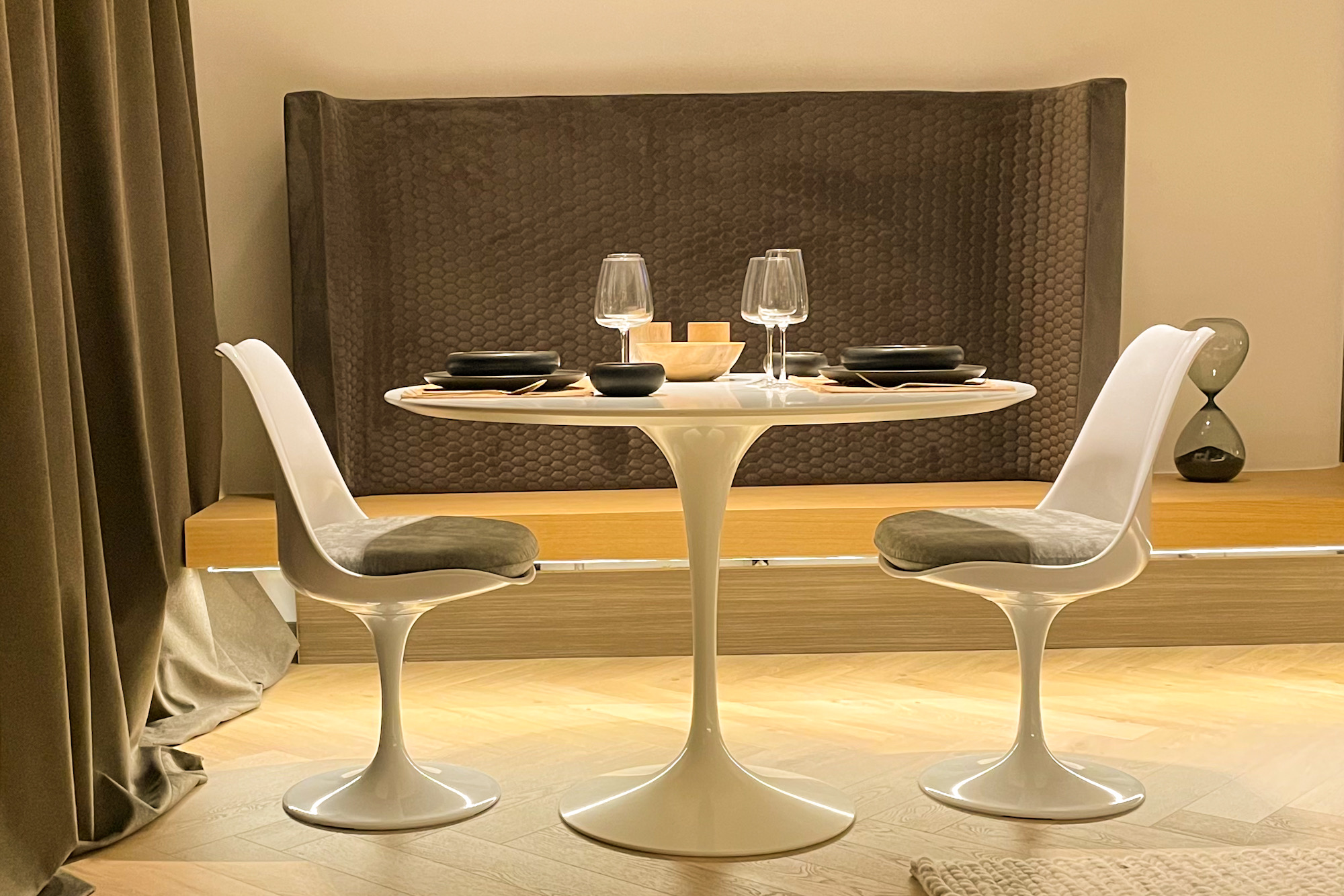 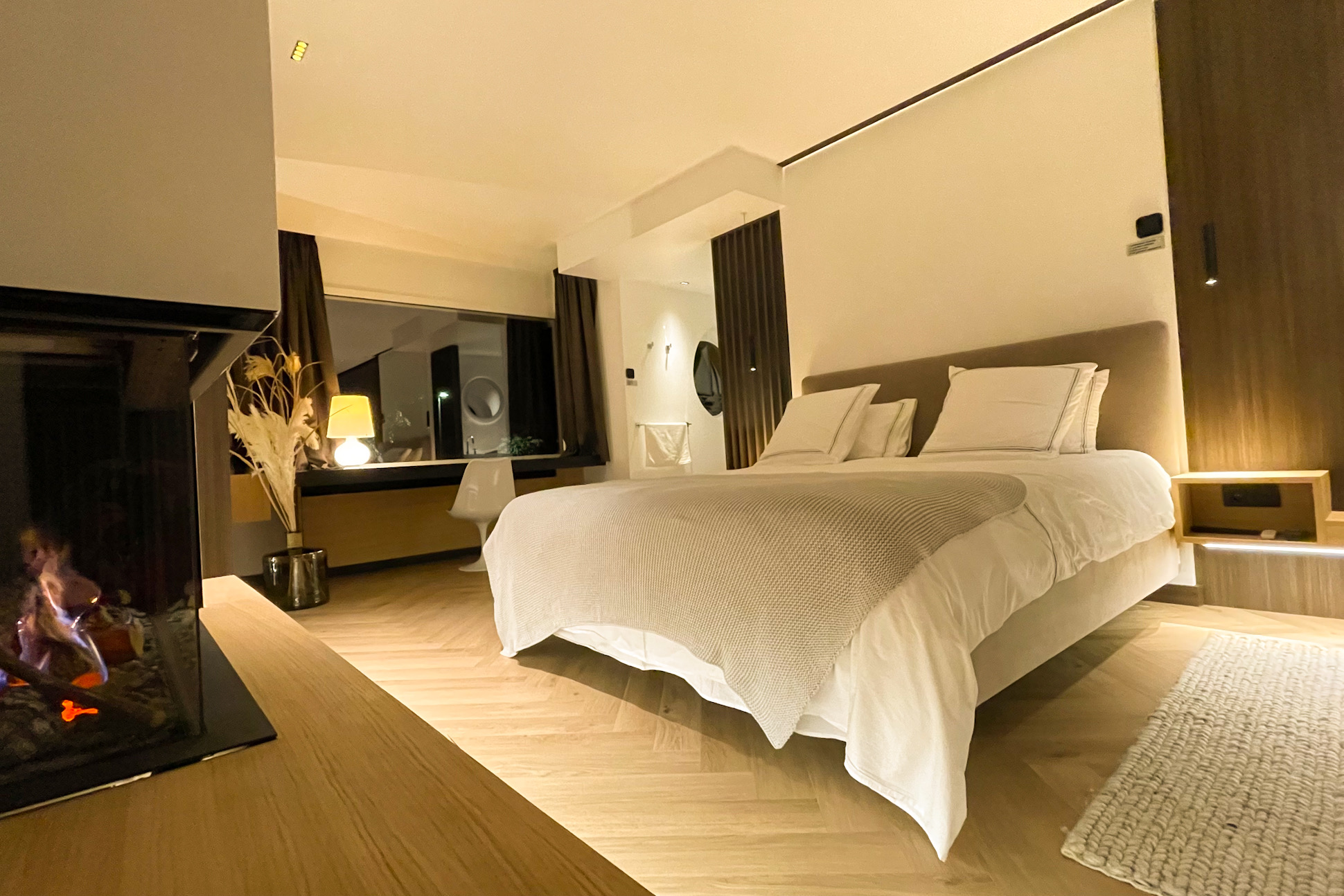 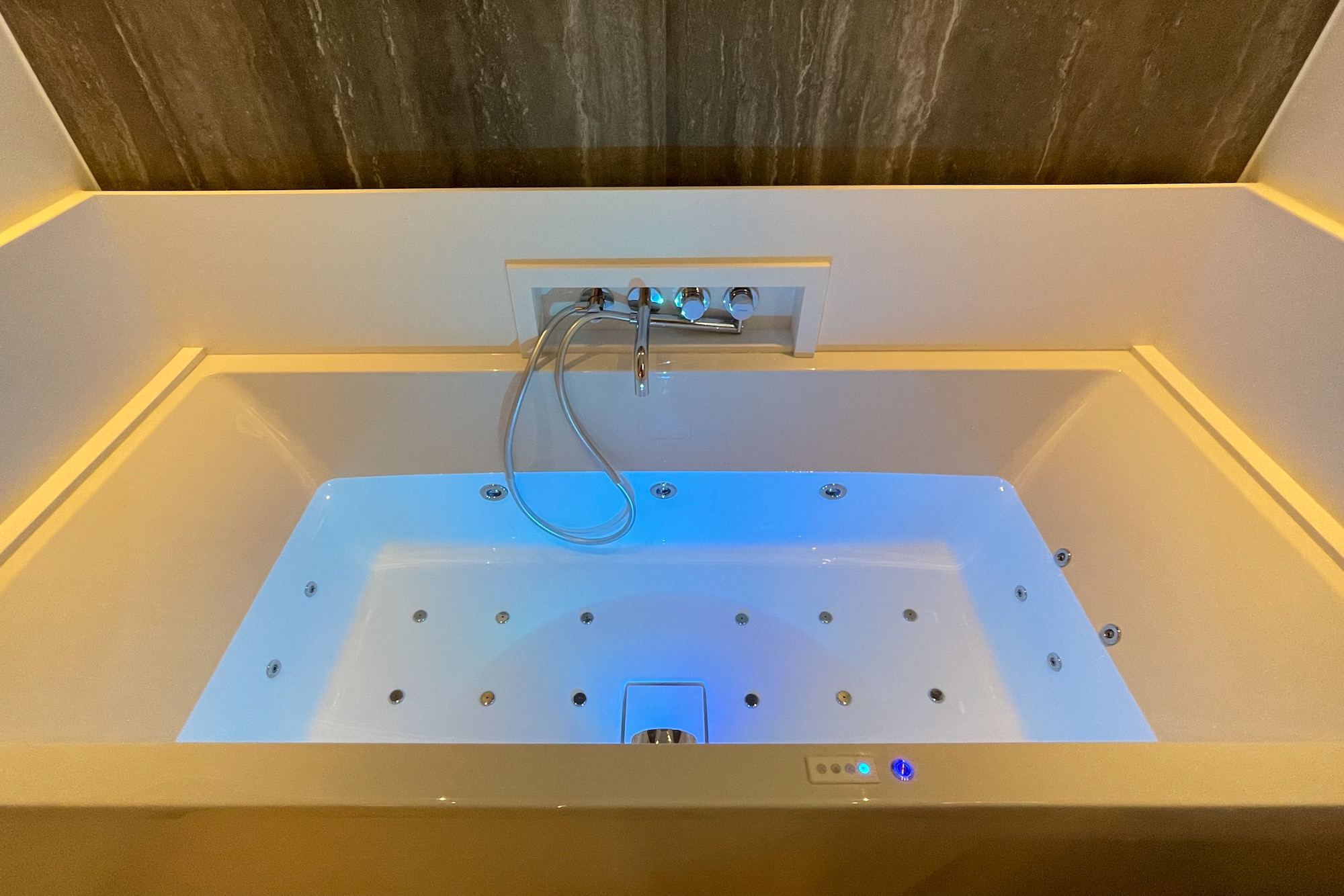 With its view over the avenue and the quays of Sambre, the sober and functional living room will be the place for your meals.

Designed like a real cocoon, the modern and warm bedroom is an invitation to rest and tranquillity. 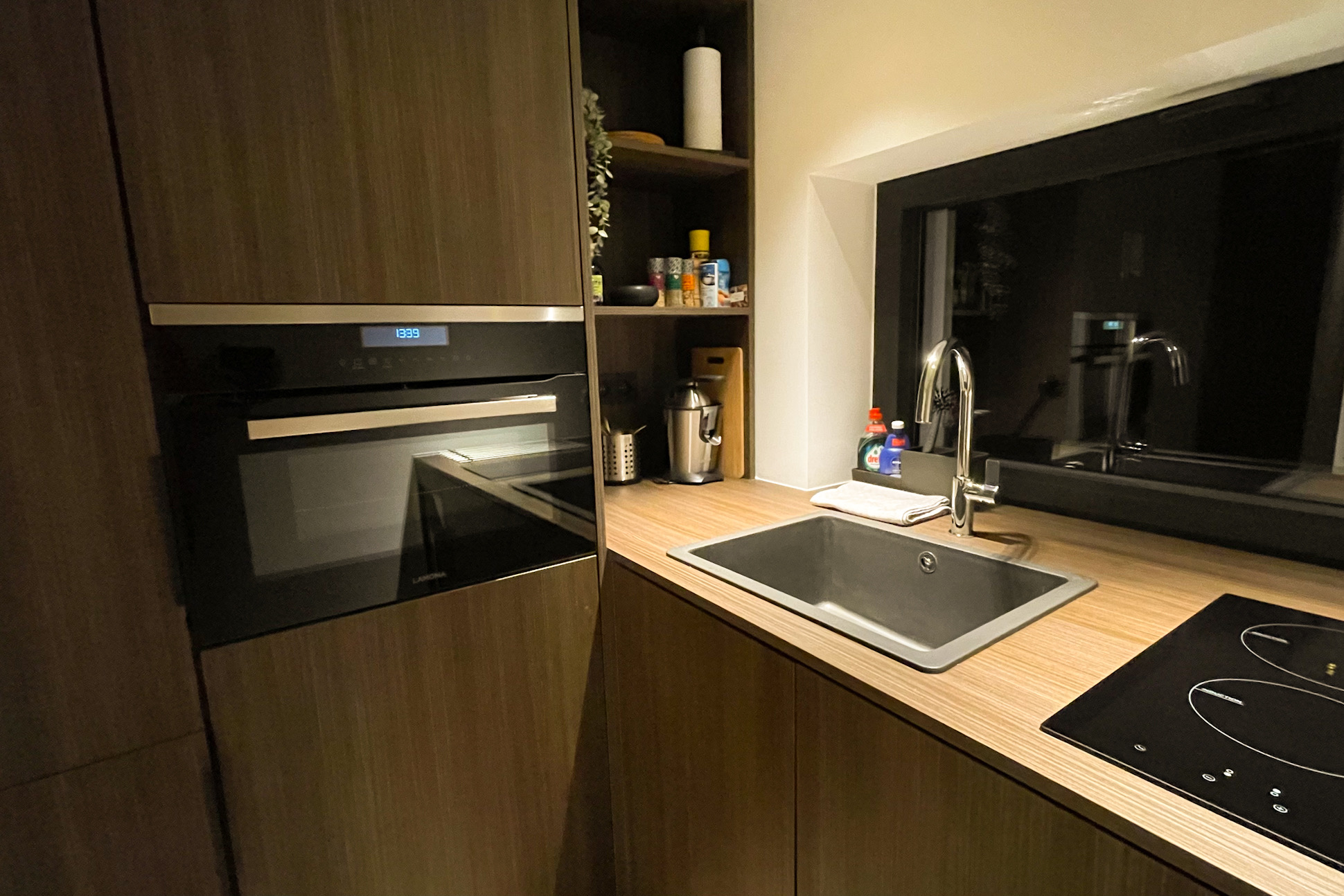 You will find everything you need to prepare and cook your preferred meals. 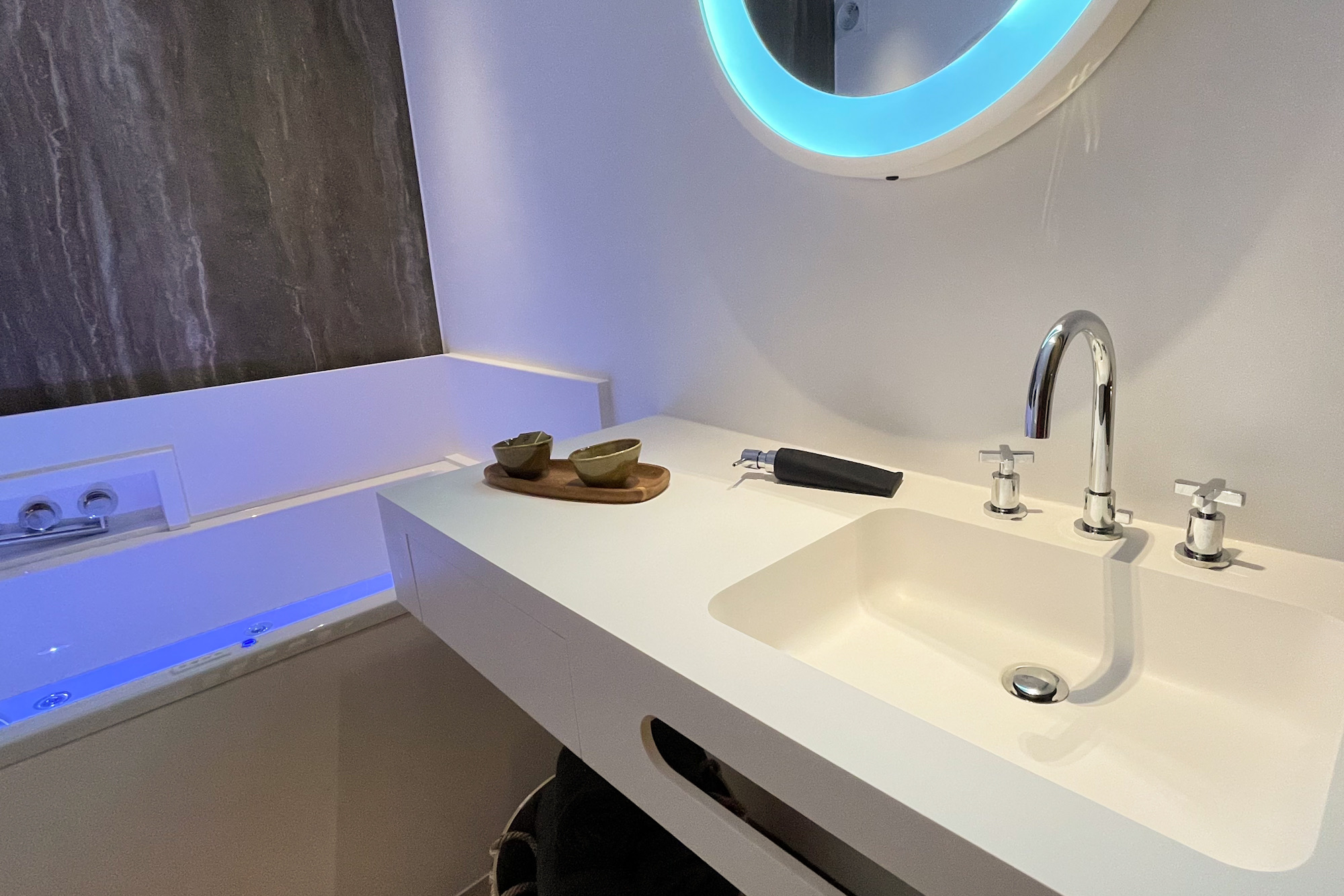 With a view on the private garden, the bathroom will be the perfect ally of your aquatic desires. Bubble and jet bathtub with integrated lighting.

On request, we can bring you breakfast pastries.

At your disposal, a Nespresso coffee maker and a kettle.

The 19 is a partner of several good restaurants in Namur. So, enjoy it!

« Luxury is not a pleasure, but pleasure is a luxury. » 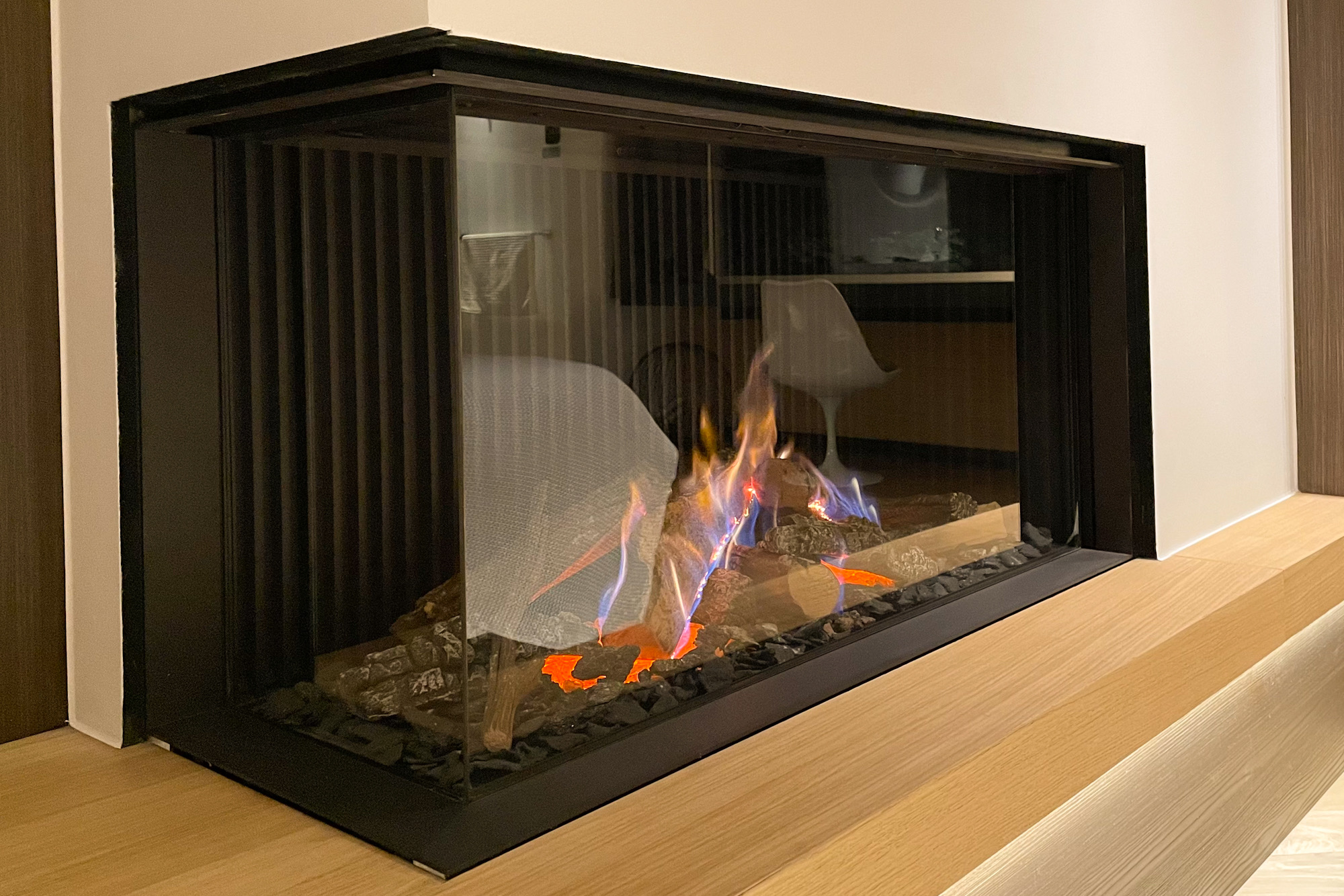 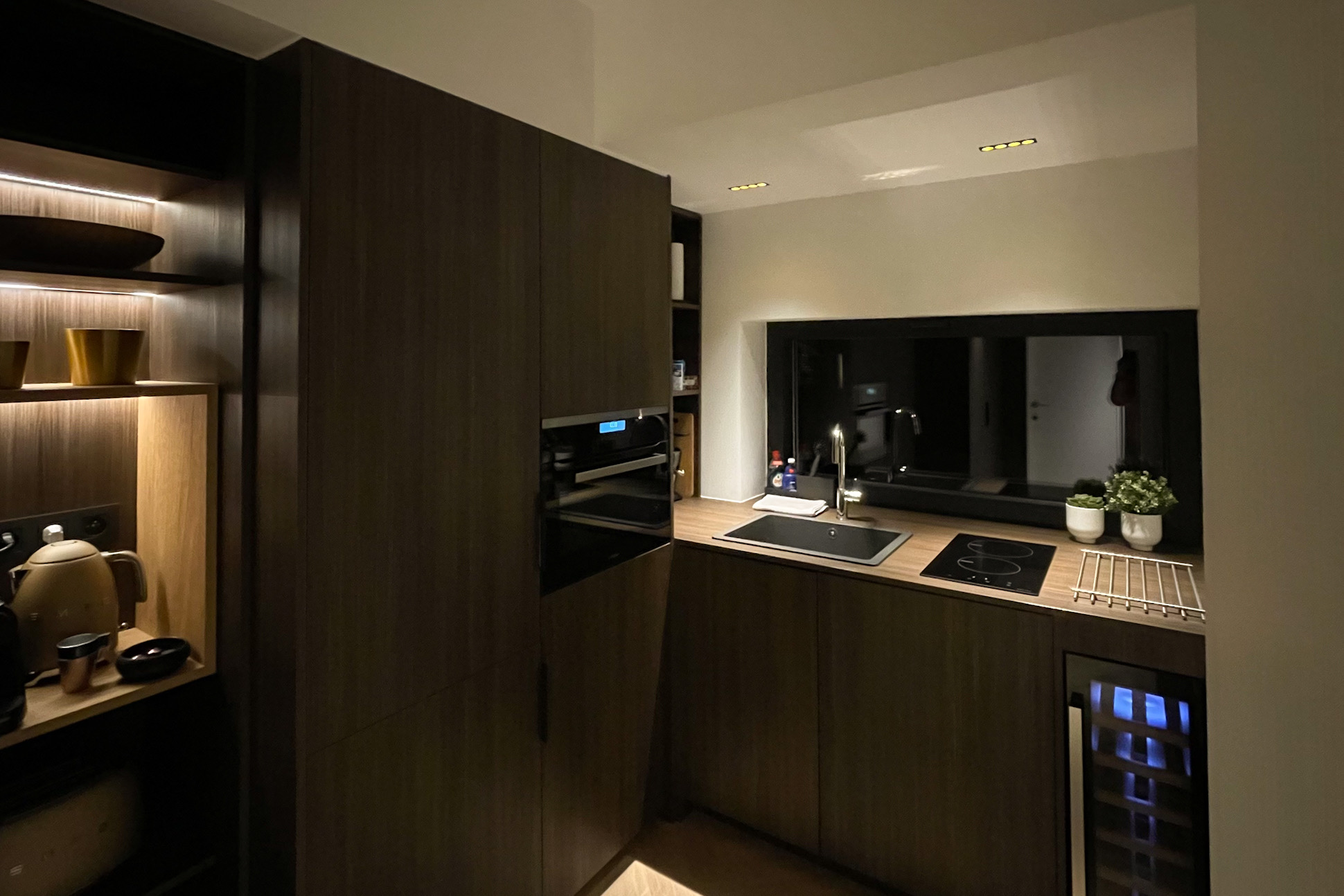 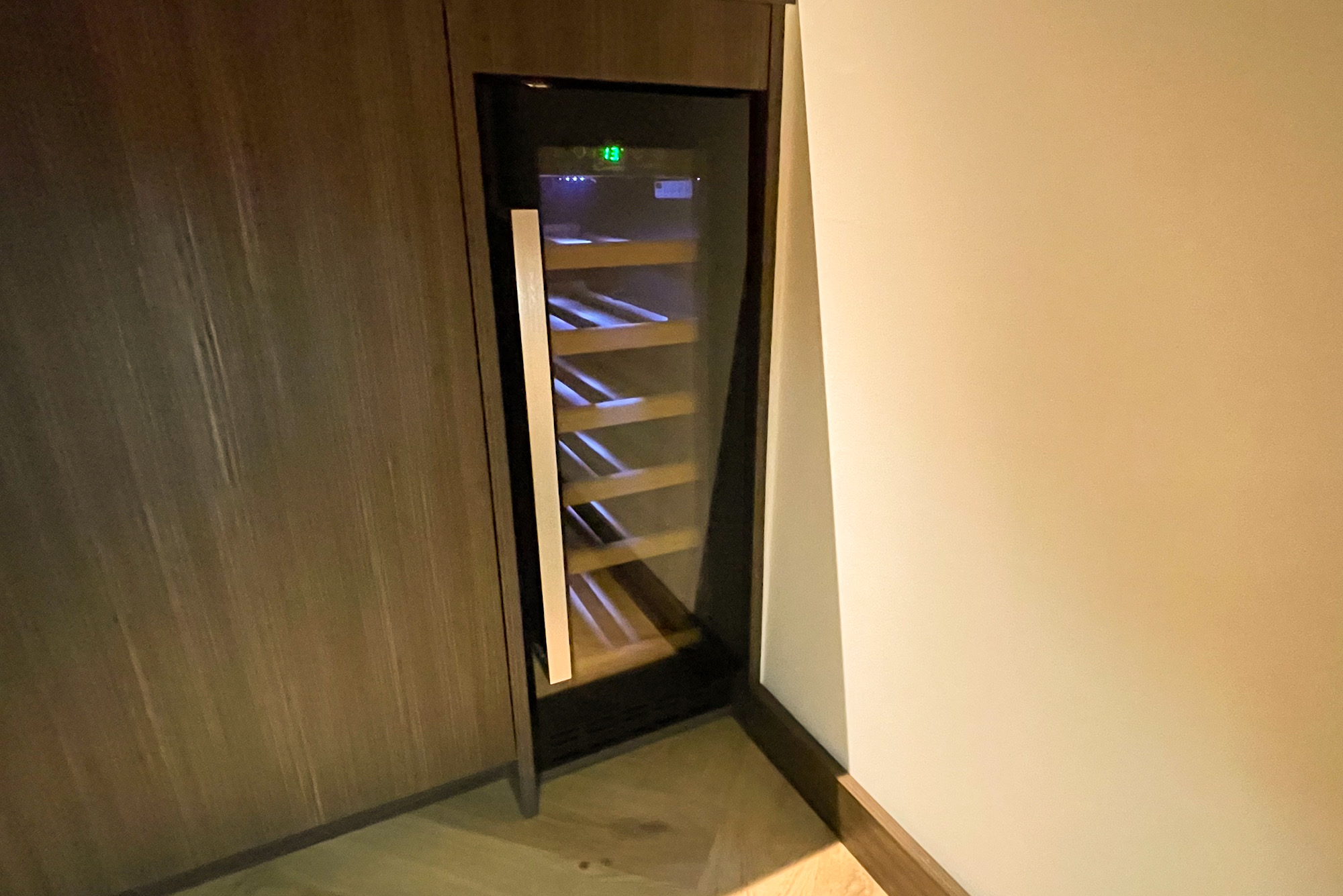 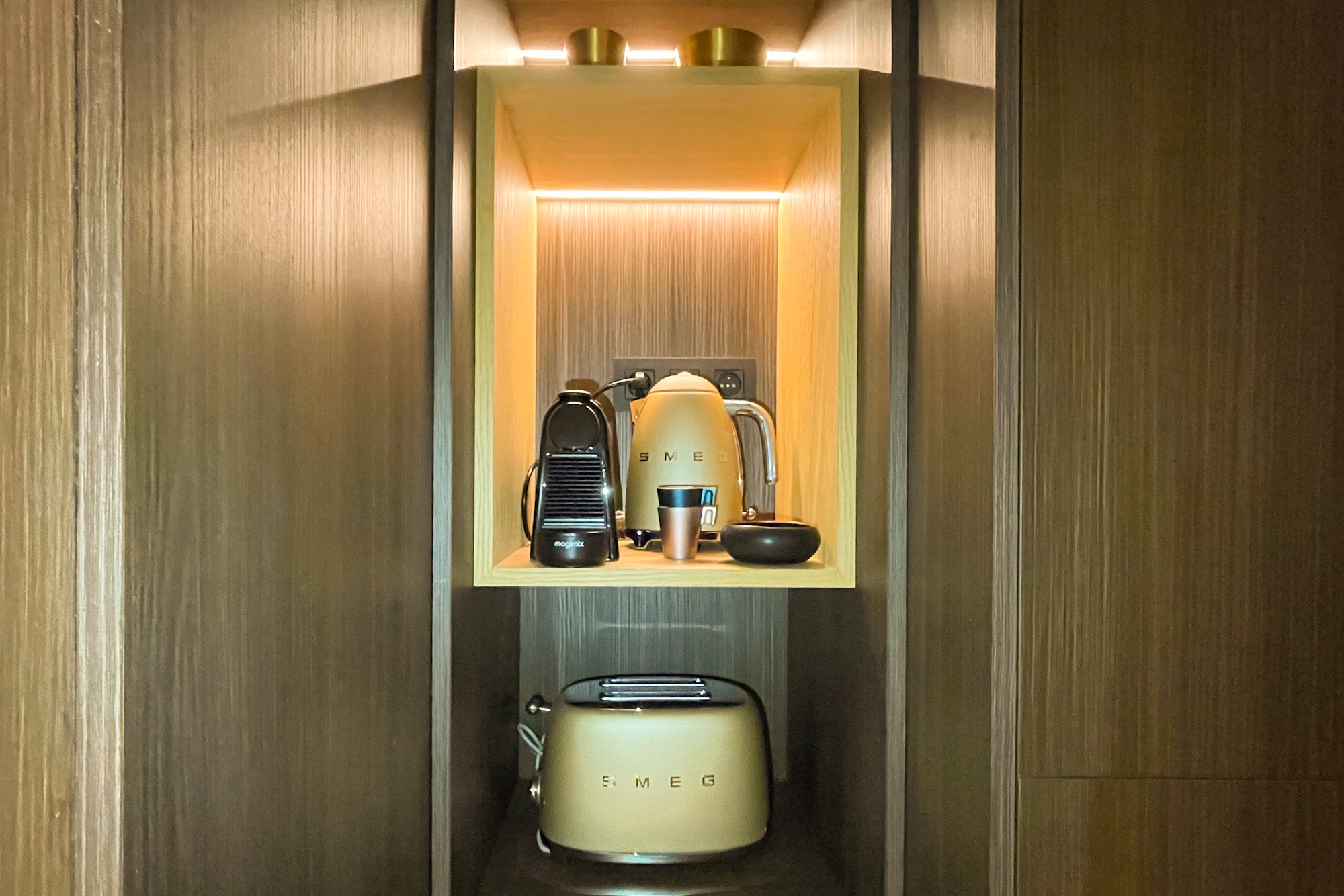 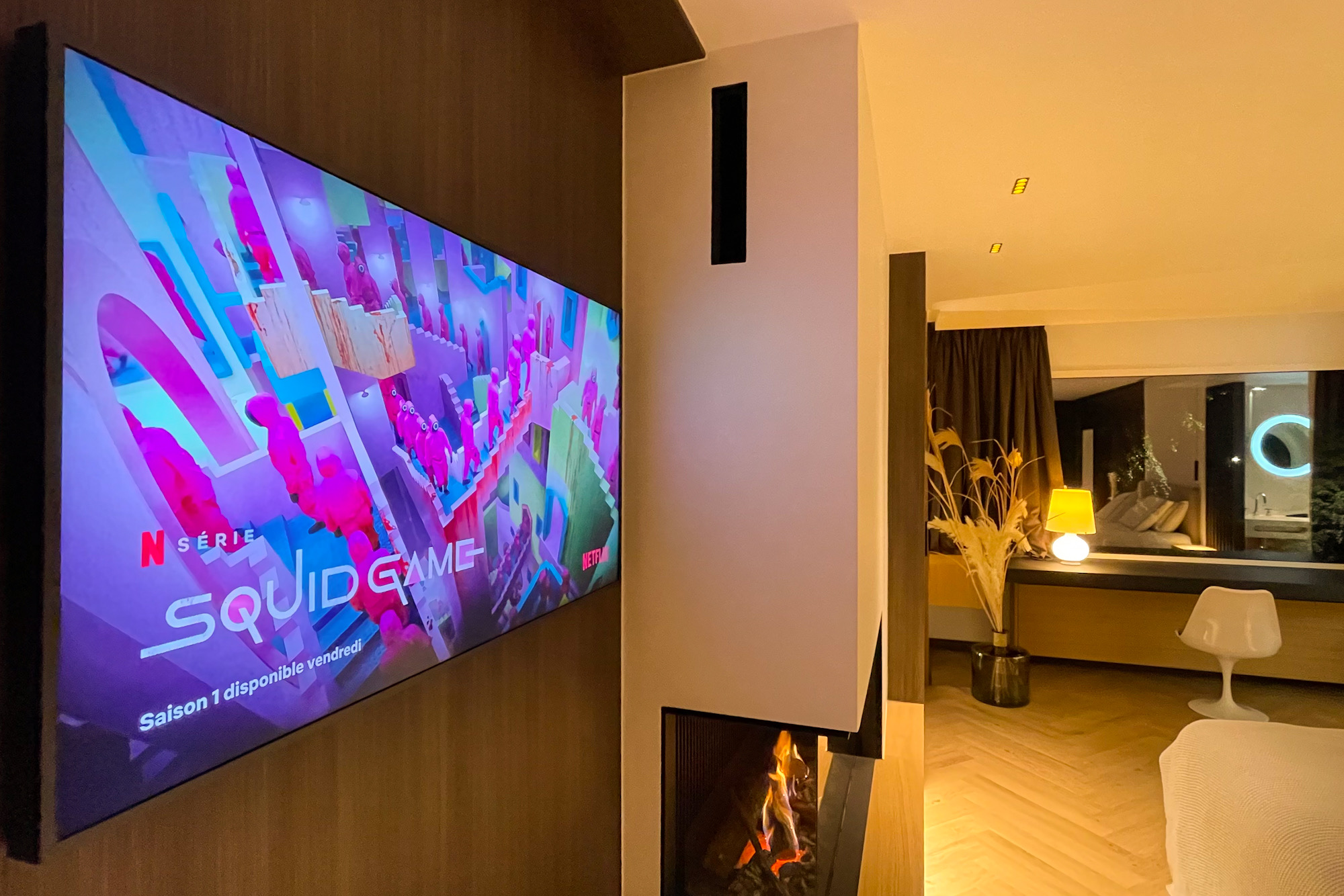 You have free and secure WiFi in the entire gîte

A Nespresso coffee maker is at your disposal.

In order to avoid any unpleasant surprises, Annabel asks you to consult the cancellation policy.

Annabel also asks you to consult the internal rules of the gîte and to kindly respect it.

NAMUR, MY BEAUTIFUL ONE!

A capital, a citadel, a confluence…

It will be a pleasure for her to make you discover the best places in Namur and especially : 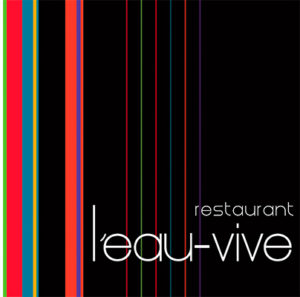 All you have to do is push the door of this white mill by the water to enter what is undoubtedly one of the most pleasant restaurants in Belgium. Pierre Résimont and his wife Anne lead a well-trained team that provides quality service. Chef Pierre Résimont is renowned for the way he manages to bring local products upscale. (source G&M)

The citadel of Namur is an old stronghold dominating the city and the confluence. It is one of the largest citadels in Europe and its vast network of underground passages earned it the nickname « Europe’s termite mound » by Napoleon I. From the remains of the county castle to more recent bastions and canon terraces, it bears witness to more than a thousand years of history.

The site is divided into three parts: Dungeon, representing the lower part, Median for the intermediate part and Terra Nova for the upper part. Its peak reaches an altitude of 190 m.

It is ranked as an exceptional building heritage of the Walloon Region.

The Theater of Namur

The House of Culture « Le Delta »

The Casino of Namur

THE BEST PUBLICITY IS YOU

« Annabel is a great and dynamic host, the gîte is beautiful. Quiet and accessible, it’s very different from Brussels! »

« A perfect place when I attend conferences in Namur, it’s close to the University Faculties. Thank you, Annabel, for the good tips. »

« Top, top, top, oh my God, it’s beautiful and cosy. Thank you Annabel and see you soon in Paris. »

« A surprise from my man and what a beautiful city, Namur. The gîte is super well located. Annabel bends over backwards for her visitors. Thank you again »

A SHORT STAY IN NAMUR?

We may still have vacancies!